In their best-selling book, “Generations: The History of America’s Future,” William Strauss and Neil Howe describe in great detail The Crisis of 2020. 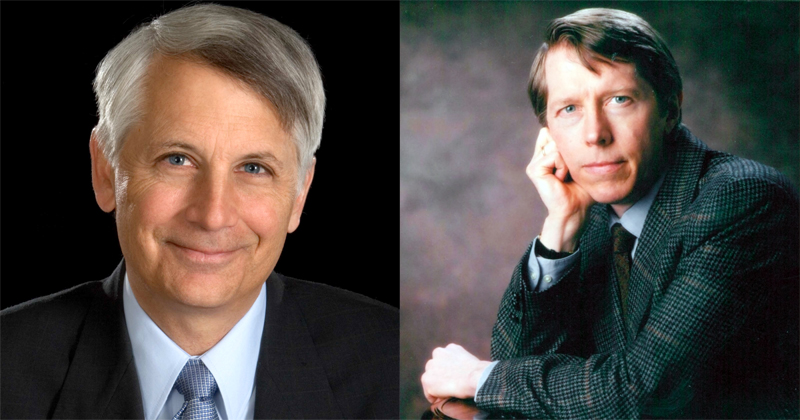 “Generations” proposes there are four different types of generations and four different phases of history, with patterns that predictably repeat. Some might argue Strauss and Howe predicted The Crisis of 2020 with such accuracy because it aligns with other crisis eras in American history, such as World War II and The American Revolution.

If it could foretell COVID-19 in 1991, wouldn’t you love to know what “Generations” could teach us about where popular music is heading?

The idea that music is cyclical isn’t new of course. Legendary programmer and consultant Guy Zapoleon has long championed The Music Cycle, observing that Contemporary Hit Radio (CHR) moves through three predictable phases during a decade: Birth/Pop, Extremes, and Doldrums.

But why does music move through these phases?

There is a longer-range cycle that both drives Zapoleon’s music cycle and explains why we never seem to avoid its doldrums. We call it the Generational Music Cycle, and we base it on Strauss and Howe’s generational archetypes theory.

Combined, these factors spawn two different music cycles, each of which lasts about a decade and each of which contains the Birth/Pop, Extremes, and Doldrums phases Zapoleon outlines. 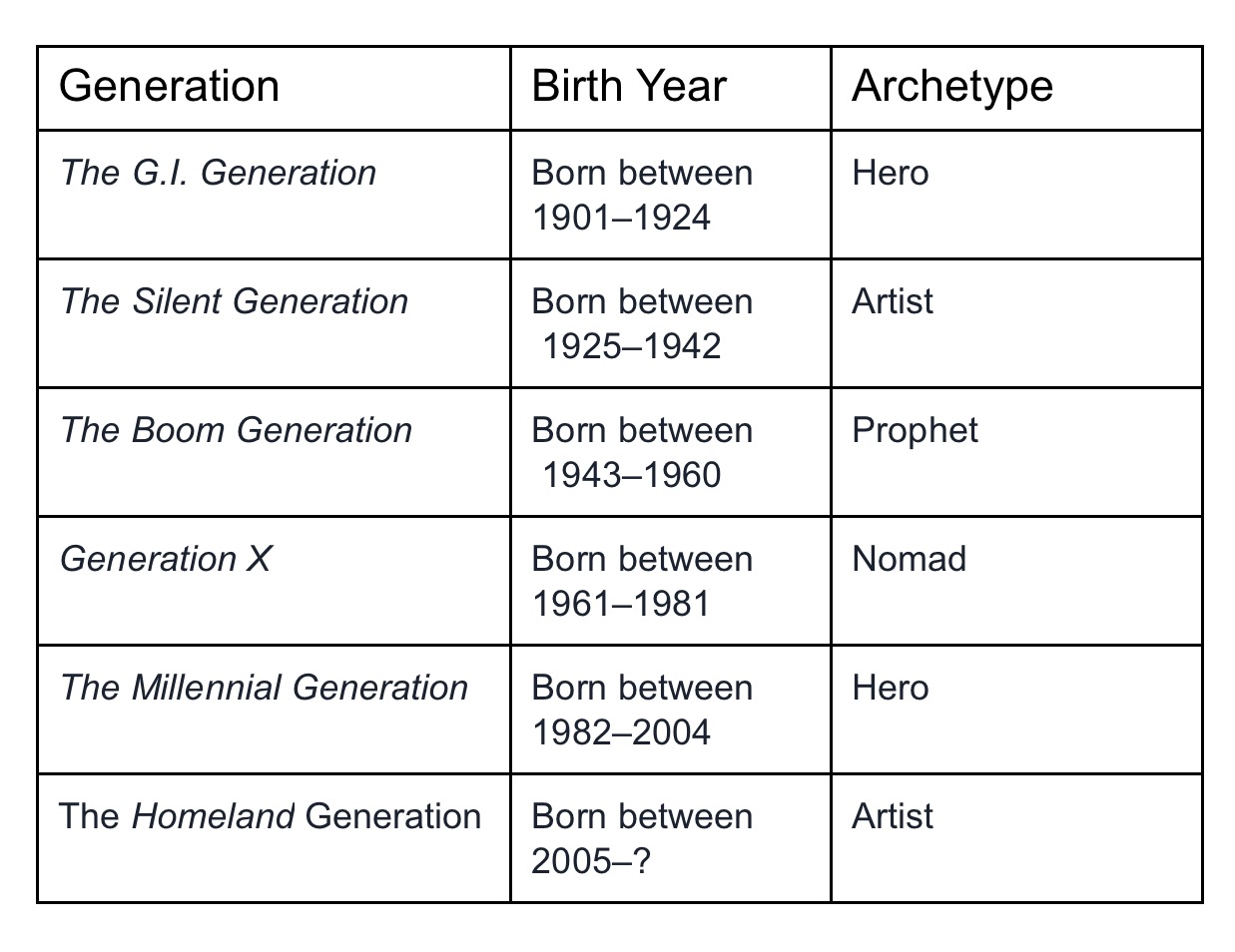 Evolution:  During this stage, an older generation continues to create the music, but the next younger generation becomes the primary consumer of new music. It is the younger generation’s tastes that shape which songs are hits. While not fundamentally changing what style of music is popular, it does bring new excitement to pop music and shapes new music styles that will emerge in the future.  The Evolution stage typically begins when the oldest members of a younger generation turn 21.

Revolution: During this next stage, the younger generation that has been shaping music tastes during the past decade also spawns the artists creating contemporary music. Whenever a brand-new style of music seemingly suddenly emerges and becomes the dominant force in popular music, it is almost always at the beginning of the Revolution.  The Revolution stage typically begins when the last members of the older generation turn 31 and no longer represent the bulk of popular artists.

“BIRTH” HAPPENS WHEN GENERATIONS AGREE ON THE HITS

Typically, people remember the first four to five years of an Evolution as the “fun” years. From mid-60s “Oldies” to “80s”, they’re the years you hear at wedding receptions and sports events when it’s time to have a good time.

In contrast, the first few years of a Revolution often represent the halcyon days of a genre. The days when the music was pure; Classic Rock from the early- and mid-1970s. Grunge and Hip Hop from the early and mid-90s. Rock ‘n’ Roll before “the day the music died” when a plane crash killed its stars in 1959.

So why don’t the golden years last?

In 1979, tens of thousands gather at a baseball double-header sponsored by FM 98 the Loop (WLUP) in Chicago. The promotion? The chance to come destroy Disco records.

They almost destroyed Comiskey Park in the process.

Those disco demolitioners were overwhelmingly 15- to 18-year old teens representing the first wave of Generation X, rebelling against the Boomer-driven dance fad.

Meanwhile in New York, The Talking Heads, Blondie and the Ramones were playing CBGB, hinting at the new wave sounds that would take over Top 40 a few years later. Welcome to the Extremes.

Both an Evolutionary phase and a Revolutionary phase will ultimately devolve into the Extremes and Doldrums before the next phase begins. Why?  Generational transition tension: During the Birth phase, there is agreement among the generations about what’s popular. As a new generation emerges first among consumers and then later among artists, conflict emerges between the aging establishment and the younger generation who want something new.

After a revolution, the “Extremes” phase is most likely to launch fads that appeal to the older generation, but generally don’t have the staying power of the halcyon days of the genre that preceded it. Beyond Disco:

In contrast, the Doldrums’ phase that happens after an Evolution and just before a new Revolution often bring the last gasp for icons of a soon to be irrelevant generation.

What does this generations-based music cycle suggest awaits us now?

In 2020, we’re nearing the end of the millennial generation’s Revolution phase. Since the early 2010s, they’ve been the dominant music makers and tastemakers.

But waiting in the wings within the halls of America’s middle schools—or at the moment at home on Google Classroom—are the kids that will soon begin impacting popular music.

In our next post, we’ll introduce you to them.